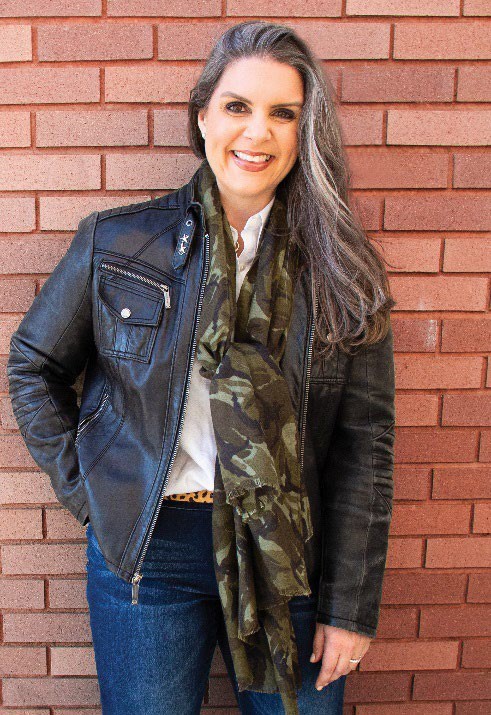 Susan L Combs began her entrepreneurial journey in 2005 when she formed Combs & Company at 26 years old. In the intervening years, Susan and her team have become a nationwide go-to resource for companies that don’t fit insurance carriers’ typical profiles, such as entertainment, food, and international companies setting up U.S. operations.

Susan works diligently to stay current with the myriad of changes in the insurance industry, earning multiple certifications including the Patient Protection and Affordable Care Act (PPACA) certification. Her expertise in the complex area of health insurance has established Susan as a highly sought-after expert witness, advisor, and speaker on the Affordable Care Act (ACA).

Susan has earned numerous accolades throughout her career. Some highlights include: 2011: Graduate Of the Last Decade (G.O.L.D) Award from the University of Missouri; 2017: first female Broker of the Year (BOY) Award winner from BenefitsPro Magazine and named Woman of the Year by Women in Insurance & Financial Services.

Susan published her first book in 2022, Pancakes For Roger: A Mentorship Guide for Slaying Dragons. The book explores lessons learned from the many mentors throughout her life. Susan dedicated the book to her late father, Maj. Gen. Roger E. Combs, her very first mentor, and a portion of all proceeds go to the Missouri Law School Veterans Clinic.

Susan grew up in King City, MO, a farming community of about 1,000 residents in the northwest corner of the state, with her mom (also an entrepreneur), dad (also a county judge), and her two older brothers. She's a HUGE fan of the KC Chiefs (2x Super Bowl champs), KC Royals (2x World Series champs), and Mizzou Tigers. She lives in the Queens borough of NYC with her amazing husband, Sean, and their two furry kids, Pepper and Roxy. Susan is also an avid CrossFit and Strongman athlete. 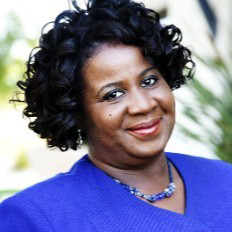 Lisa Hutcherson is a National Account Director for SUMMUS Global West Coast Territory.  Collaborating with the Broker Community and clients on how to add value and provide innovative solutions within the existing eco system of Employee Benefits regarding Virtual Specialty Care.

Prior to her current at SUMMUS, she spent the last 28 years growing and developing winning teams across the US in financial services, voluntary benefits, retail, and other dynamic sales organizations.  Lisa has served on many executive committees including health underwriting, business, community development and ministry.

Blazing a trail to change mindsets, stereo types and limited thinking regarding women in leadership, in business and Evangelical circles she has led with intentionality to create bridges of reconciliation concerning race and culture.  People know her as the “Velvet Brick”, due to her soft yet effective way of making a difference and impacting lives. Lisa is a John Maxwell certified speaker, coach and trainer. She lives her life on purpose and intentionally seeks out opportunities to serve and add value to others.

Lisa enjoys hot yoga, meditation, traveling and visiting her favorite client the S.P.A agency (spa).  In addition, she loves leading worship, reading, writing short stories and poetry. Today she is an author that has contributed to California Broker Magazine, Benefit Pro Magazine.  Today she is in the end zone of writing her first book and training manual on how she has climbed, broken through, and thrived amongst the walls that have been presented in her life both personally and in business. Most of all, how you too can overcome the walls in your life. 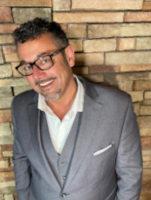 John Troutman is the National Director of Marketing for MSEAP, a robust provider of EAP and other mental health solutions. He is also a keynote speaker, corporate consultant, and personal work/life coach to benefit advisors all across the country.

With over 30 years of public speaking around the globe, he is most passionate about addressing leadership teams on workplace strategies that reduce stress and increase employee engagement.

A survivor of severe burnout, John brings the lessons learned to walk corporate leaders through strategies to address employee needs while controlling the safety and financial impact of mental health issues. 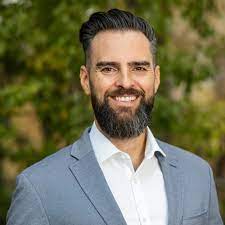 Ned Schaut is the President and CEO of Eureka Insurance Solutions. It is Ned’s mission to ensure community is at the heart of Eureka insurance. Ned finds this is best illustrated when he can serve business owners by providing Health Benefits to their employees.

Ned is an author, podcast host and TedX Speaker which he uses as a platform for his mission to leave the world better than he found it.

Ned Is a husband to his wonderful wife Sara, and a father to five amazing kids. He lives in Kona, Hawaii and can be found outside exploring new things with his family.